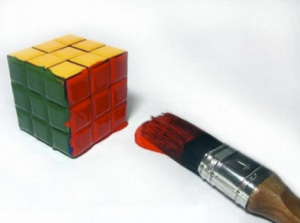 In the previous post I gave a brief overview of the classical approach to data integration which ultimately is embodied in the ETL acronym.  This approach unfortunately accepts and builds upon the limitations of the standard target data repositories, namely relational databases.  Because of the limitations such a target repository imposes, today’s data integration technology tends to be weak, ineffective, and non-adaptive.  This is why the area is the subject of much research right now, yet none of that research appears to be addressing the fundamental limitations that the relational repository causes.  In this post I want to introduce the MitoMine™ technology which is Mitopia’s next generation ontology based data integration and mining suite.
NOTE:You will find a good demo of the power and use of MitoMine™ in “CyberSecurity.m4v” video on the “Videos,demos & papers” page.

In contrast to the ETL (Extract Transform Load) approach taken with conventional data integration/mining approaches, Mitopia® adopts a fundamentally different ontology based data integration strategy to integrate and mine external data sources.  A key driver to the Mitopia® approach is the need for rapidly adaptable interfaces or ‘scripts’ to allow for the vast diversity of external source formats (including unstructured text), and just as importantly, for the fact that the format of any given source will most likely be subject to continuous change.  To combat the erosive effect of these two factors, the approach taken is to use Mitopia’s heteromorphic language technology (see future posts) to create a nested/entangled parser pair for any given source, where the inner parser utilizes the Carmot-E language, and the outer parser is rapidly configurable (without re-compilation) as the source format changes.  The heteromorphic language suite that implements this capability within Mitopia® is known as MitoMine™.
From the perspective of the MitoMine™ ETL  sequence, the location of all ‘source’ data to be extracted is simply a file on the disk.  For data sources which must be obtained by other external connections, the job of moving the data to the local disk for processing is handled either manually, or through the use of plugin capabilities that are provided to interact with the original source in order to give the appearance of a local disk file.  Similarly, the functionality equivalent to the conventional ‘Load’ phase of an ETL tool is already built into Mitopia’s Carmot ontology and the MitoPlex™/MitoQuest™ federation that handles persistent storage, so that all the ingestion process must do is create its output within a Mitopia® ‘collection’.  For this reason, the focus within MitoMine™ is almost exclusively on the ‘Transform’ step in the classical ETL process.  MitoMine™ is used pervasively within Mitopia® for a variety of purposes, but within the context of ingesting new source data, its use generally falls into one of the following two scenarios:

A major difference between MitoMine™ and conventional ETL tools is that the output of a MitoMine™ run goes directly into the system knowledge-level ontology, not into a set of information-level ‘database tables’.  This means that the writer of a MitoMine™ script cannot simply look at the source data content, create a closely  matching set of tables in the database, and then write a trivial script to transform the source into the output table space.  Instead the script writer must engage in what is essentially a philosophical process of asking “what is the source data describing?” in ontological terms (i.e., in terms of relationships between entities, places, things etc.).  Once the source is understood in these terms, it becomes possible in MitoMine™ to write a script to transform the source taxonomy into the system ontology and to merge it correctly with existing persistent storage content.  It is for this reason that a full understanding of the system ontology and the philosophy behind it is a prerequisite for creating successful mining scripts.  In the Mitopia® context, the worst thing you can do is to define types without regard to their place within the existing ontology but instead based on a given source content.  The result of doing so is generally to render the system inflexible, to reduce reliability and capability, and in the end to re-create the data stovepipes that are the bane of existing information-level system integration approaches.

Any programmer that has tried to bridge a gap between two ‘formats’ knows that most of the programming work involved is simply keeping track of where one is within the source, and what has gone before, in order to know what the ‘state’ is and what should be done next.  With the heteromorphic language technique virtually all of the housekeeping work (and the associated conditional logic it implies) fades away (into the outer parser state) leaving a simple set of statements that execute only when the source content dictates that they should.   This simplification that this yields for the programmer is difficult to over-stress.  The price that must be paid for this simplification is the need to understand compiler theory, and a willingness to abandon a fundamental tenet of computer programming that is ‘a program has control of its own program flow’.

In a MitoMine™ script, the source format and content drives the program flow in the script, not the order of the statements/productions in the script.  This unique approach to program flow can be confusing initially, but once once becomes used to it the simplifying power it brings is amazing.  The endomorphic language Carmot-E that is used by MitoMine™ is fully described elsewhere, along with details of the Carmot-E programming environment model so it will not be detailed herein.  It is however illustrated in the diagram to the right.
In the MitoMine™ language suite, the ‘primary’ collection supported by Carmot-E is referred to as the ‘temporary’ collection while the optional Carmot-E ‘secondary’ collection is referred to as the ‘output’ collection, and contains all mined data records from the current MitoMine™ run.  Other than this nomenclature change and the differences implied by the custom ‘plugin’ and ‘resolver’ functions registered by MitoMine™ with the parser abstraction, the Carmot-E programming ‘model’ is unchanged within MitoMine™.  Essentially MitoMine™ adds a large library of functions and procedures to Carmot-E that can be used within the embedded endomorphic language statements and the necessary wrapping to handle the required source ‘scripts’ and examination and persisting of the output collection.
We will explore this process in more detail in future posts.