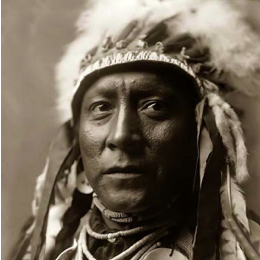 In any distributed system involving heterogeneous computer nodes, over the long time frame the system designer must inevitably face up to the problem of endianness.  For Mitopia®, this reality hit home in 1999 (when Apple transitioned from 68K to PowerPC processors), and then again in 2006 (with the transition from PowerPC to Intel 80×86 processors). 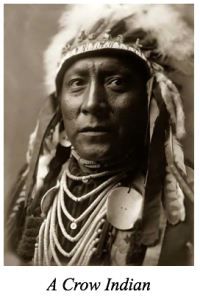 Endianness refers to the ordering of the bytes when a multi-byte binary value (e.g., a 4-byte integer) is stored to memory (or sent over a network connection).  A big-endian machine stores the most significant byte first (at the lowest byte address); a little-endian machine stores the least significant byte first.  The two diagrams above illustrate the difference.  Other architecture have even more exotic byte-ordering strategies.  As long as all the data is read/written by exactly the same computer architecture, the programmer can remain completely oblivious of these details, however as soon as binary data goes between machines of different endianness, it becomes gibberish.  For example if a little-endian machine sent a 4-byte integer with the value 1 to a big-endian machine, the receiving machine would receive it as the 4-byte integer value 1,677,216.  Obviously this would cause some serious problems, especially in financial systems.  The 68K and PowerPC are both big-endian machines, the Intel 80×86 on the other hand is little-endian.

A separate, but related problem is that of data-structure alignment differences between processors (and also between compilers, and even versions of the same compiler).  This issue happens because different processors require different alignments for multi-byte values (e.g., 4-byte integers, 8-byte reals).  For example, on the 68K, the compiler will align 4-byte integers on the nearest 2-byte boundary, on the PowerPC the preferred alignment is 4-byte (same as the size), however the CPU contains hardware to handle 2-byte aligned integers, and on the 80×86 architecture alignment must be 4-byte.  If the programmer were to declare and then use a structure such as:

The result would once again be disaster as any data using this structure were passed. On a 68K the size of this structure would be 6 bytes, on Intel 8.  Even different compilers within the same architecture may choose to align structure members differently.  The result is that much as with the endianness problem, the alignment problem makes it hard to reliably pass binary data across a network of heterogeneous nodes.  For any system deployed over decades, it is virtually guaranteed that these problems will rise up to bite you.

The classical solution to this problem is to convert data to/from a textual form when sending it between systems (or to/from file) so that regardless of either endianness or alignment, the receiving node will correctly interpret the values sent.  This process is known as serialization.  In the late 1990’s, most serialization strategies coalesced around the use of XML as the intermediate language.  Unfortunately serializing and de-serializing is a time consuming process (last 3 paragraphs), and serialized data occupies far more space (and network bandwidth) than the binary equivalent.

For Mitopia®, from the outset we took the approach of storing and manipulating all data (in memory, in file, and in the ‘database’) in binary form using Mitopia’s flat memory model, and describing and accessing it using Mitopia’s Carmot ontology defintion language.  This had the beneficial effect of removing any compiled types from the code that had anything to do with the data structures (see here), and thus avoided a whole host of the problems inherent in transitioning old data to new structures whenever the ontology changed.  It also allowed all data to be stored in file and persistent storage directly in its binary form, and so avoided the performance penalties of the classical approach (see here).  The performance penalties of a serialization approach were simply not acceptable (see here).

Thus it was that in 1999, when it came time to transition customer data from 68K machines to PowerPC replacements, we already had automated ontology-mapping tools in place and so, given the fact that both 68K and PowerPC were big-endian machines, we did not anticipate any problems with transitioning the data.  The reality was somewhat more complex, largely because of alignment issues.  As expected, there was little or no problem with any data accessed through the Carmot ontology, and this meant server data moved across without incident.   However, in defining various structures that were part of communications packets and headers, we had not given sufficient regard to the alignment of the various elements within a structure.  The result was that client server communications between mixed 68K and PowerPC nodes failed miserably.  Fortunately, the PowerPC compiler had an option allowing you to specify that it use the (somewhat sub-optimal) 68K alignment rules when laying out structures and that helped somewhat.  The option did not however work completely, so we were forced to add explicit padding bytes into all such structures.  As a result, the 68K/PowerPC transition went fairly smoothly.  The situation was quite different on the PowerPC/Intel transition in 2006.

In this transition, not only did the compiler option for 68K structure alignment go away, but also we were transitioning from a big-endian to a little-endian environment, with the reality being that installed systems would contain a mixture of each for some number of years.  We now had to maintain operation on a heterogeneous network with different endianness between nodes.  This meant we had to solve the following problems:

This then was the approach taken.  Fortunately only two portions of code within the entire Mitopia code base were impacted.  The first was the network code where clients and servers exchanged data described by the ontology, the second was within the ‘type collections’ abstraction when collection files were loaded from disk.  Fortunately, because all persistent data in Mitopia® is dynamically discovered through the ontology, it means that this same code can read the ‘flag’ byte and then use the ontology itself to discover the type definitions involved and the fields within (e.g., 4-byte integer, 8-byte real, etc.).  This means that only a very tiny portion of the code needs to actually consider byte-mapping to handle heterogeneous networks.  Indeed, once a previously un-used (and zero) padding byte was identified in the flat memory model header structure, this transition actually involved very little code whatsoever, the ontology itself did most of the work.  Only the internal  communications header structures were not described by the ontology and thus needed explicit awareness of endian issues.  Any ‘flat’ data sent was however trivially flipped as it was received (or loaded).
The end result was that in a very short period of time, we had mixed endianness networks up and running, and all customer data fully preserved.  All this without having to incur the performance penalties of serializing.  As we go forward, it is clear that the same can be said of any future transition that might occur.  In other words, the classic solution to endian issues is a poor compromise that incurs terrible performance penalties.  The Mitopia® solution suffers from none of the same limitations, while also making the issue of endianness go away completely.