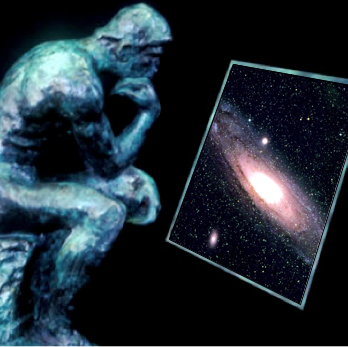 From the discussion above it should be obvious that in the world of semantic ontologies, based as they are on human language, the prospects of ever agreeing on an upper level ontology in order to enable any truly global exchange of ideas has almost been abandoned.  This fact notwithstanding, there are essentially just two leading upper level ontologies existing in the semantic web, the first being the Cyc Upper Ontology, and the second being the Suggested Upper Merged Ontology (SUMO).  Remember that these are semantic ontologies, that is ontologies for organizing words and linguistic meaning, not for organizing or representing data.  Thus we see that immediately below the root of either upper level ontology, things immediately begin to split into some very esoteric sounding groups, many of which it would require a dictionary to even begin to understand.  These groupings are driven by philosophical considerations of a very obscure nature, and thus it would be very hard for the average (or even far above average) person to place a given data record type anywhere within such an ontology.  Try it yourself by looking at the upper ontology diagrams given below and then trying to place the following into one of the boxes shown:

Difficult isn’t it?  But these are exactly the kinds of things one might track in any system designed to understand real world events.  This is one of the fundamental problems with disjoint model ontologies. Since they divorce themselves from any consideration of actually representing, storing or manipulating data, they tend to evolve on courses charted by philosophical, rather than practical, considerations, with the result that they become useless to anyone other than those few geeks that are really into ontologies, or those companies that seek to promote them.  This explains the poor adoption rates for semantic ontology-based systems, despite having been in development for more than twenty years.
The Cyc Upper Level Ontology
The figure above shows the top level of the Cyc upper ontology.  Cyc is an artificial intelligence project that attempts to assemble a comprehensive ontology and database of everyday common sense knowledge, with the goal of enabling AI applications to perform human-like reasoning.
The project was started in 1984 by Doug Lenat as part of Microelectronics and Computer Technology Corporation. The name “Cyc” (from “encyclopedia”, pronounced like psych) is a registered trademark owned by Cycorp, Inc. in Austin, Texas, a company run by Lenat and devoted to the development of Cyc. The original knowledge base is proprietary, but a smaller version of the knowledge base, intended to establish a common vocabulary for automatic reasoning, was released as OpenCyc under an open source license. More recently, Cyc has been made available to AI researchers under a research-purposes license as ResearchCyc.
Typical pieces of knowledge represented in the database are “Every tree is a plant” and “Plants die eventually”. When asked whether trees die, the inference engine can draw the obvious conclusion and answer the question correctly. The Knowledge Base (KB) contains over a million human-defined assertions, rules or common sense ideas. These are formulated in the language CycL, which is based on predicate calculus and has a syntax similar to that of the Lisp programming language.
Much of the current work on the Cyc project continues to be knowledge engineering, representing facts about the world by hand, and implementing efficient inference mechanisms on that knowledge.
Increasingly, however, work at Cycorp involves giving the Cyc system the ability to communicate with end users in natural language, and to assist with the knowledge formation process via machine learning.
The Suggested Upper Merged Ontology (SUMO)
The Suggested Upper Merged Ontology or SUMO is an upper level ontology intended as a foundation ontology for a variety of computer information processing systems. It was originally developed by the Teknowledge Corporation and now is maintained by Articulate Software. It is one candidate for the “standard upper ontology” that IEEE working group 1600.1 is working on. It can be downloaded and used freely. 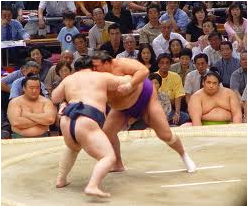 SUMO originally concerned itself with meta-level concepts (general entities that do not belong to a specific problem domain), and thereby would lead naturally to a categorization scheme for encyclopedias. It has now been considerably expanded to include a mid-level ontology and dozens of domain ontologies.

SUMO was first released in December 2000. It defines a hierarchy of SUMO classes and related rules and relationships. These are formulated in a version of the language SUO-KIF which has a LISP-like syntax. A mapping from WordNet synsets to SUMO has also been defined.
SUMO is organized for interoperability of automated reasoning engines. To maximize compatibility, schema designers can try to assure that their naming conventions use the same meanings as SUMO for identical words, (eg: agent, process). SUMO has an associated open source Sigma knowledge engineering environment.
As can be seen from Figure 6, SUMO is really more of a grab bag of individual ontologies that loosely fit into parts of an upper framework.  It is ontology by accretion, not design, and lacks much of the consistency of the Cyc Upper Ontology because of the open source style in which it has evolved.
SUMO and its domain ontologies form the largest formal public ontology in existence today. They are being used for research and applications in search, linguistics and reasoning. SUMO is the only formal ontology that has been mapped to all of the WordNet lexicon. The ontologies that extend SUMO are available under GNU General Public License.
The ontology comprises 20,000 terms and 70,000 axioms when all domain ontologies are combined. These consist of SUMO itself, the MId-Level Ontology (MILO), and ontologies of Communications, Countries and Regions, distributed computing, Economy, Finance, engineering components, Geography, Government, Military (general, devices, processes, people), North American Industrial Classification System, People, physical elements, Transnational Issues, Transportation, Viruses, World Airports A-K, World Airports L-Z, WMD, and terrorism.
Summary

It is clear that there is a serious problem with current approaches to applying ontologies to computing, and that problem is the decision to adopt existing philosophical approaches and to apply them to linguistic understanding of text within documents stored digitally.  The problem is that the use of natural language prevents any concrete connection to representing reality in a computable manner, since natural language is so imprecise and changeable.  In any case there are literally hundreds of natural languages, all different.  Most things that happen on Earth happen somewhere where the language is other than English, so if linguistic analysis of English is our fundamental underpinnings, by definition we will be unable to keep up with unfolding events in real time.  The problem is perhaps best explained by this quote from John F. Sowa (see here):

People have a natural desire to organize, classify, label, and define the things, events, and patterns of their daily lives. But their best-laid plans are overwhelmed by the inevitable change, growth, innovation, progress, evolution, diversity, and entropy. These rapid changes, which create difficulties for people, are far more disruptive for the fragile databases and knowledge bases in computer systems. The term knowledge soup better characterizes the fluid, dynamically changing nature of the information that people learn, reason about, act upon, and communicate … The most important requirement for any intelligent system is flexibility in accommodating and making sense of the knowledge soup. – John F. Sowa

Using natural language to represent concrete facts and instances and then compute the implications thereof appears to be largely an exercise in futility.  Natural language is too imprecise, is country-specific, context-specific, and changes over time (particularly English).  Use of philosophical ontologies without first considering their suitability simply aggravates the problem (see here).

There are two key mistakes made by the conventional semantic ontology approach:
We will discuss these issues in greater depth in the next two posts (here and here).