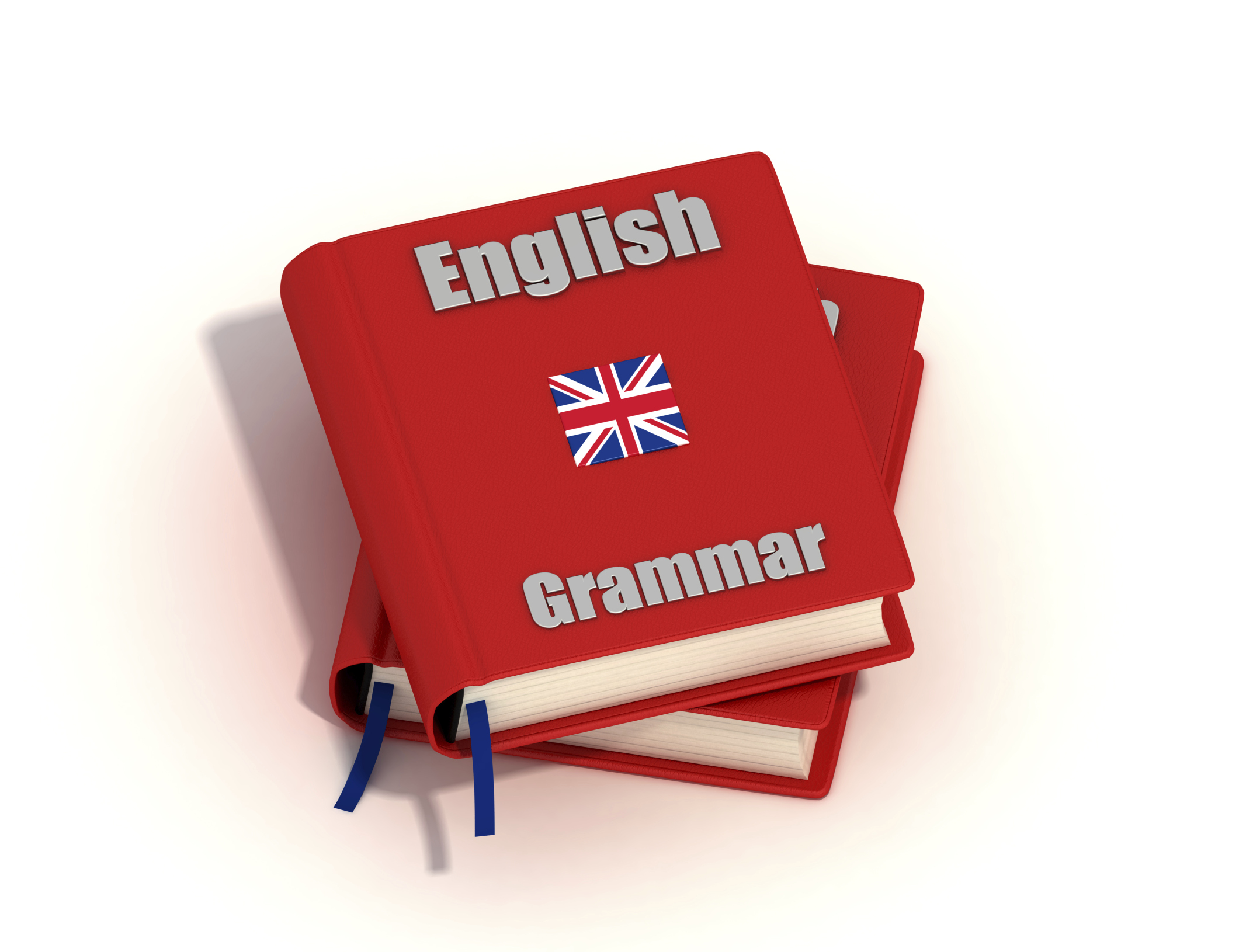 In my previous post, I introduced some basic concepts for Mitopia’s parser abstraction.  In this post I’d like to give a sample complete language definition, in this case for a C programming language expression evaluator.  We will use this language grammar definition in later posts to discuss more complex concepts.

Firstly, we will need a lexical analyzer capable of recognizing all the necessary C language operators and operand types that might be involved in an expression or assignment.  In an earlier post, I have already introduced the basic concepts of the Mitopia® lexical analysis package so I will not describe the lexical analyzer in further detail herein.  Also it is assumed that the reader is familiar with, or has access to documentation on, the C language in order to assist them in interpreting the lexical analyzer specification (Calculator.LXS) below:

expr_or_indir ::= Aregister ) expression )
Here we have a production for operand which is deliberately ambiguous because it has a multiply defined first set since ‘(‘ is in FIRST of both of the last two alternatives.  However, we have arranged the order of the alternatives such that the parser will take the “( expr_or_indir” production first and, should it fail to find an address register following the initial ‘(‘ token, the parser will then take the second production which correctly processes “expression )” since as stated before expression itself need not begin with a ‘(‘ token.  If we allow this case, we have created the equivalent of a two token look-ahead in the parser, hence the language it can accept is now LL(2).  An options parameter ‘kIgnoreAmbiguities‘ can be passed to PS_MakeDB() to cause it to accept grammars containing such FIRST set ambiguities, however, it can no longer verify the correctness of the language grammar and it is the responsibility of the language definer to ensure that the first production can always be reduced to the second when such a grammatical trick is used.  It is best not to use the ‘kInoreAmbiguities‘ parameter unless one is certain of what they are doing.
We are not quite done yet because language grammars can get considerably nastier than LL(2).  To continue a theme, consider the problem of parsing the complete set of 68K assembly language addressing modes, or more particularly the absolute, indirect, pre-decrement and post-increment addressing modes.  The absolute and indirect syntax was presented above, however the pre-decrement addressing mode adds the form “-(Aregister)“, while the post-increment adds the form “(Aregister)+“.  We would need an LL(3) parser (and some fancy grammar productions) to handle the pre-decrement mode, since the parser cannot positively identify the pre-decrement mode until it has consumed both the leading ‘–‘ and ‘(‘ tokens in the input stream.  An LL(4) parser is necessary to recognize the post-increment form.

It is true that if all we were trying to do was recognize valid assembly syntax, we could just left-factor out the “( Aregister )” for the post-increment form, but we want to actually perform some useful function with the parser and this is accomplished by inserting reverse polish plug-in operator calls of the form <@n:m[:hint text]> into the grammar (see the Calculator EBNF above) and later posts. Whenever the parser exposes such a meta-symbol on the top of the parsing stack, it calls the registered plugin function in order to accomplish some sort of semantic action or processing.  Given the fact that we might wish to call a different plug-in to handle each of the different 68K addressing modes, we must ensure that we do not call the wrong one before we are absolutely sure that we know what addressing mode we are dealing with.
So, we must extend the parser language set to be LL(n) where ‘n’ could be quite large.  One mechanism used to do this is to provide explicit control of limited parser back-up capabilities by adding the <bkup> meta-symbol.  Backing up a parser is a lot more complex than it might sound since the parsing stack must be repaired and the lexical analyzer backed-up to an earlier point in the token stream in order to try an alternative production.  Nonetheless, the PS_Parse() parser is capable of limited backup within a single input line by use of the flag.  Consider the modified grammar fragment:
operand              ::= … ( Aregister <bkup> areg_indirect abs_or_displ …
abs_or_displ       ::= – ( ARegister ) <@1:1> expression <@1:2>
areg_indirect      ::= ) opt_postinc
opt_postinc         ::= <@1:3> + <@1:4>
Reverse polish operators are discussed in later posts, but let us assume that <@1:1> is the handler for the pre-decrement mode, <@1:2> for the absolute mode, <@1:3> for the indirect mode, and <@1:4> for the post-increment mode.  Now when the parser encounters a ‘(‘ token it will push on the “( Aregister areg_indirect” production.  As it does so, it notices the presence of the symbol in the production being pushed and it saves it’s own state as well as that of the input lexical analyzer.  Parsing continues and the ‘(‘ is accepted.  Now let us assume that the input was actually an expression so when the parser tries to match the ‘ARegister‘ terminal that is now on the top of it’s parsing stack, it fails.  Without the backup flag, this is considered a syntax error and the parser aborts; however because the parser has a saved state, it instead restores the parser and lexical analyzer state to that which existed at the time it first encountered the ‘(‘ symbol, it then causes the production that immediately follows the one containing the <bkup> flag to be selected in preference to the original.  Since the lexical analyzer has also been backed up, the first token processed is once again ‘(‘ and parsing proceeds normally through “abs_or_displ” to “expression” and finally to invocation of plug-in <@1:2> as appropriate for the absolute mode.  Note that a similar but slightly different sequence is caused by the flag in the first production for “abs_or_displ” and that in all cases, the plug-in that is appropriate to the addressing mode encountered will be invoked and no other.
Thus by this use of explicit ambiguity plus controlled parser backup, we have created a parser capable of recognizing languages from a set of grammars that is considerably larger than those normally associated with predictive parsing techniques.  Indeed the set is sufficiently large that it can probably handle any practical computer programming language.  By judicious use of the plug-in and resolver architectures (see later posts), this language set can be extended even further and can also include grammars that are not context-free (e.g. English) that cannot be handled by conventional predictive parsers.  Once again, be warned if your language is LL(1), then the parser generator will automatically check correctness of the grammar.  However once you start using the techniques above, it is up to you to ensure that your grammar works as you expect.
One more concept that must be introduced in order to understand how to build grammars for parsers is the concept of a FOLLOW set.  For any non-terminal grammar symbol X, FOLLOW(X) is the set of terminal symbols that can appear immediately to the right of X in some sentential form.  In other words, it is the set of things that may come immediately after that grammar symbol wherever it can occur in the source text.  For example, by looking at the Calculator grammar above we can see that FOLLOW(expression) contains just three symbols, namely ‘)’,  ‘;’, and ‘,’.
To see why, we look at everywhere expression occurs in the BNF.  In the line “primary ::= … ( expression )” it is followed by ‘)’, in the lines (“parameter_list := … expression rstof_param_list” and “rstof_param_list ::= , expression rstof_param_list”) we see that expression may be followed by another rstof_param_list which begins with ‘,’ and finally since expression may end a statement, and statement is followed by ‘;’, we come up with FOLLOW(expression) = ‘)’ ‘;’ ‘,’.
To build a predictive parser table PS_MakeDB() must compute not only the FIRST set of all non-terminals (which determines what to PUSH onto the parsing stack), but also the FOLLOW sets (which determines when to POP the parsing stack and move to a higher level production).  If the FOLLOW sets are not correct the parser will never pop it’s stack and eventually it will die. So for this reason, unlike for FIRST sets, ambiguity in the FOLLOW sets is not allowed.  What this means is that for any situation in your grammar, the parser must be able to tell when it is done with a production by looking at the next token in the input stream (i.e., the first token of the next production).  This is usually much easier to arrange than is unique FIRST sets.  PS_MakeDB() will reject any grammar containing ambiguous FOLLOW sets.
This post discusses some very simple parser concepts, we will explore the Mitopia® parser abstraction further in later posts.